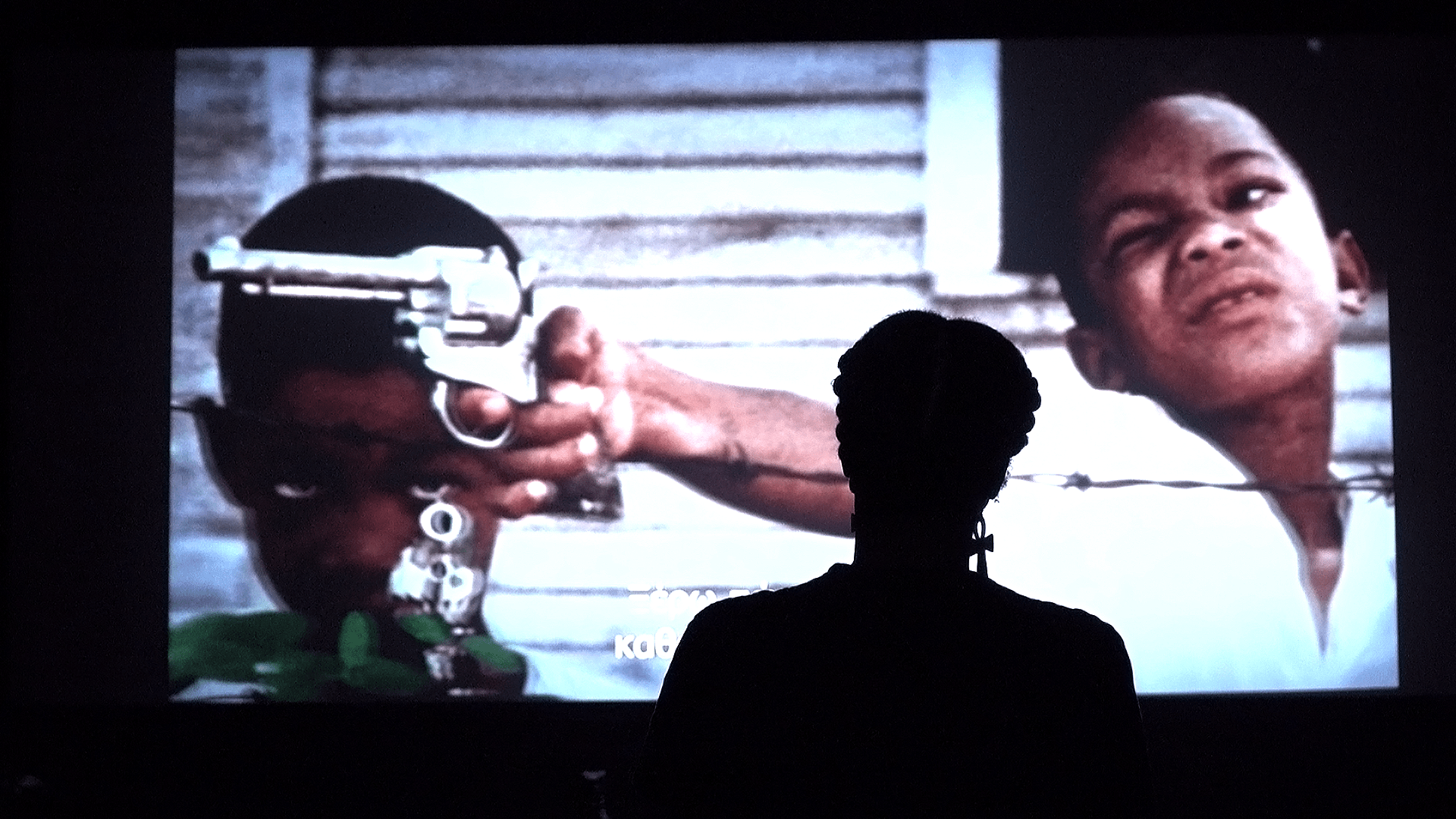 I Am Not Your Negro & the AfroGreeks

The Afro-Greeks watch the film “I Am Not Your Negro” and discuss about human rights.

The International Literature Festival Berlin organized an international invitation of 44 countries to honor on 10 December 2020 the International Declaration of Human Rights – adopted in 1948 by the UN – with the screening of the film “I Am Not Your Negro” by Raoul Peck.

It is a 2016 awarded 95 min. documentary film, trying to depict racism in American society in a timeline spanning from 1890 until 2014. The film, as a cinematic “collage”, is based on the 30 pages of the last and unfinished book by James Baldwin, depicting the story the assassination of three of his friends from the Civil Rights Movement in the 60s. Medgar Evers (+1963), Malcolm X (+1965) and Martin Luther King (+1968).

“The AfroGreeks Project” is being filmed for four years by Menelaos Karamaghiolis and the team of Døcumatism, with the aim to be exhibited as a video installation containing live events by AfroGreek artists. The original phase of the project is about a workshop where the protagonists and the artists – who participate – film, discuss and compose the project in public with the active participation of the viewers.

Firmly believing that art can actively participate in the claim of human rights, through the protagonists’ points of view, a new “reading” of the film will be attempted based on Martin Luther King’s adage: “We don’t just have the right to be free, we have the duty to be free”.

What does the struggle of Afro-Americans in the 50s and 60s mean for the AfroGreeks who were born and live in Greece, and speak Greek? What do the words and the agonies of James Baldwin – as they are heard in “I Am Not Your Negro” – mean for human rights and today’s vulnerable ones? This text entitled “Remember This House” seems that it still concerns every African in any country of the world, every refugee and every human being who feels deprived of his rights due to color or choice.

The filming of the AfroGreek protagonists of “The AfroGreeks Project” for the video that will accompany the screening of the film ” I Am Not Your Negro” will take place in the empty hall of Greek Cinémathèque, declaring our belief that cinema will first be screened in theaters, before any other medium, as it is a fact that cinema can aim at a substantial social intervention for crucial and vital topics.

The screening of the film and the participation in the discussion are free, but there is a limited number of places.

The event is organized by Døcumatism with the support of the Greek Cinémathèque and SOL Crowe & HumanRights360, who act as the fund operator for the programmes “Local Development and Poverty Reduction” and “Asylum and Migration”, funded by EEA Grants for Greece.