Menu
#Ourheroes – November 25: International Day for the Elimination of Violence against Women. 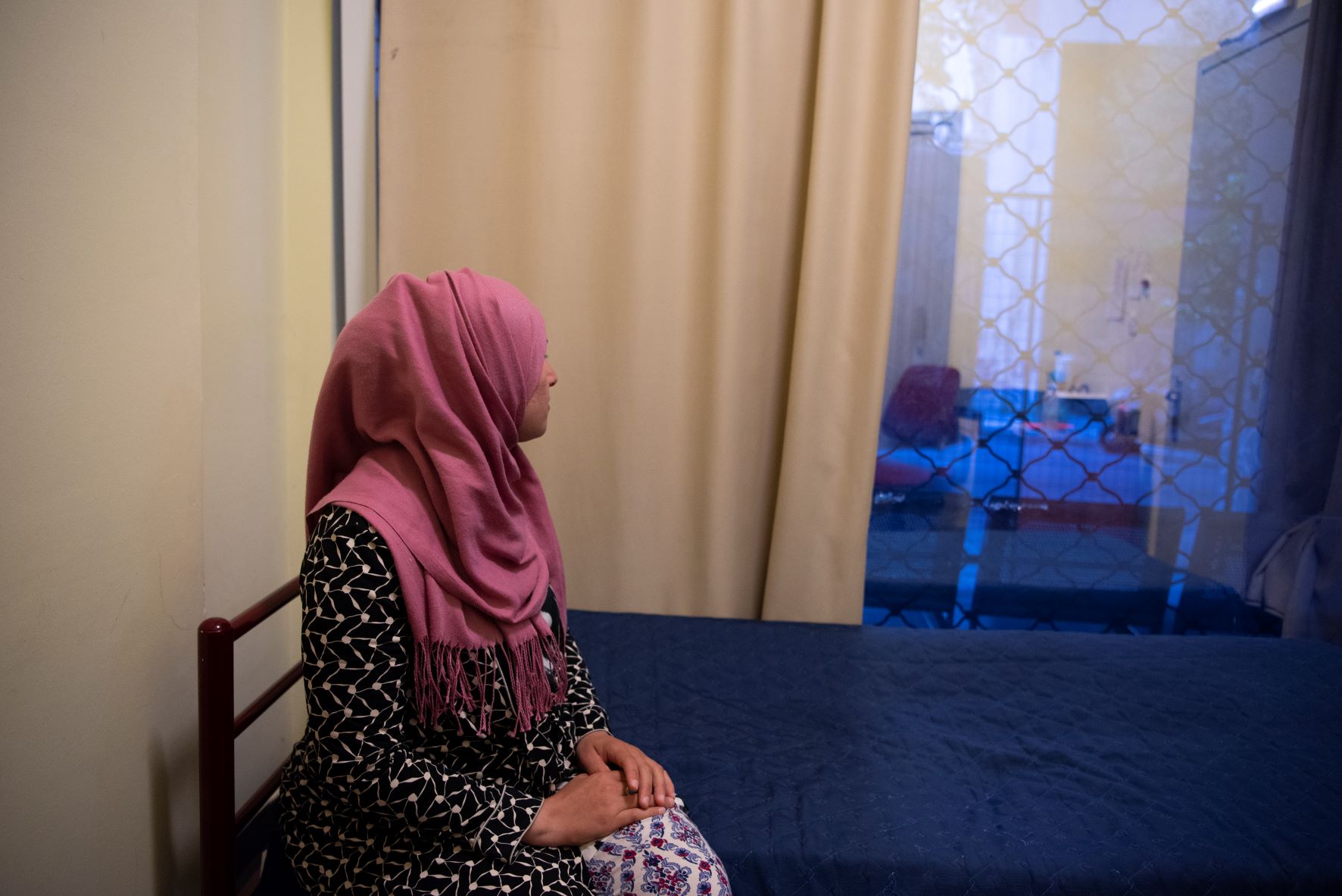 My name is Iman and I have seven children, five boys and two girls. I arrived in Greece on August 8, 2017, with my six children. I gave birth to my seventh here, two years ago.

I got married when I was 17 years old. My life was very difficult. When I was in Iraq, I had a lot of problems with my husband. He beat me, I had no food, no clothes, no respect. Like I wasn’t a human being. At home everyone was beating me, his mother, his brothers… my husband himself was beating my children and me. Eleven days after I gave birth, he hit me so hard that he rent my hair. Our life was very difficult. We were eight people in one room. With all these problems I decided to leave, I had no other choice. I’ve been trying to get out of Iraq for two years. My mother-in-law kept my passport and wouldn’t give it to me, wouldn’t let me leave. Finally, I talked to my husband and he agreed to go. His mother and siblings disagreed. We left Iraq to go to another country, not to stay in Greece. Somewhere my husband could work, he didn’t know any work, he was a soldier.

My husband and I broke up two years ago. I don’t want to know where he is, what he’s doing. In Greece it was worse than in Iraq. When we got here, he found freedom, he found everything. But he gave no care to us, no food, no clothes, nothing. He started drinking, kept hitting us and yelling.. Even when I was talking, he was hitting me. When we arrived in Samos, from Iraq, one night in the tent, he hit me so hard that he almost killed me. This was the first thing he did in Greece. An organization picked us up and took us to Ioannina city. That was the second time he hit me so hard. He treated the children very harshly. He made them stand for two hours with one foot against the wall, as punishment. He was breaking brooms on them, hitting them a lot. Every week he was breaking three brooms. One day he hit my older son so hard that my little boy peed on him.

I was two months pregnant when he hit me for the last time. We lived in Patision street then. He beat me a lot and tried to choke me. He wanted to kill me. I was very sick, I had no strength at all. I left the house as soon as he left and went to a friend of mine who lived nearby, I was bleeding from the mouth, without a scarf, my hair was untangled. My friend asked me why I shouldn’t file a complaint, a lawsuit against him. And I answered that I don’t know, I was afraid then, I didn’t know what to do. I was also afraid of the police. I stayed at my friend’s for about an hour, then I went home with my friend’s daughter because I couldn’t do it myself, and I lay down all night. I didn’t have the strength to do anything. The next day, the children were left without food. He didn’t do anything. I couldn’t go out, I gave ten euros to my eldest son to get bread and cheese. In the morning I heard the husband telling his mother on the phone that he would take the children and come back. I didn’t hear what his mother said, but I heard what he said. He said he wants to kill me and take his children and leave. I knew that next time he would kill me. If he wouldn’t kill me, he would kill my oldest child. He was hitting him harder than the others. My child had a problem, psychological, he spent a lot of time without eating. I tried to secretly give him something to eat when he went to the toilet. I decided that I should take my children and leave. (..)

We stayed at my friend’s place for seven days. We didn’t go out at all. In a small cold room, without blankets. But okay, we got through that too. Fortunately, the organization that had taken care of us found another home soon, in Acharnon street. After 14 days, we moved to Pangrati for 7 months. I don’t know how he found out where we are, he probably followed me from Omonia where I went one day. He reached the house and was knocking on the door to enter inside. I spoke to the lawyer and he told me to call the police. We were very scared. It was 6 in the morning. I called the police and luckily they chased him away. I told the organization that I can’t stay in this house anymore after they found out where we are. We were locked in the house for two days, I didn’t even throw away any garbage. They finally came and took us from another organization and drove us to Kypseli. I gave birth there. Then they took us back to Zografou. Then again in Acharnon. Then they brought us here, to the Doctors of the World.

During this period, did the children go to school?

No, we lived secretly. I was walking down the street and I was hiding. I was afraid that he would find us – that’s why I didn’t send the children to school: he might find them and go get them. I lived three or four months without going to the doctor, I was afraid.

How is life here in the center?

Here, it is different. When I arrived here, I felt that I have strength, that I had people with me. I learned that I have to answer, not to be afraid. Now I smile, I talk to people. I feel safe here. The kids go to school again. And I’m also learning the Greek language.

To choose the right person, not to have our own marriage as an example. To have love, not fights and violence. To stay at home alone, not with parents and siblings. To be strong, to make decisions. And if they understand that this man is no good, they should break up with him the first day. To not spend years with him, like me. Every person must learn that when he falls down to find the courage to stand up, to have strength.